A futuristic vision from ...

So I am(no surprise) going off book here- while I am aware of Space Marines, in various media, they don't quite hit for me, They don't really inspire me quite the way a couple of other things do.

The first thing I thought of was Phule's Company by Robert Asprin- A series of books about the Space Legion- an organization that takes in the worst of the worst: criminals, the disgraced, the incompetent. The books chronicle the adventures of Willard J. Phule, a weapons and munitions manufacturing heir, and his unique ways of solving problems and getting the best out of the people around him. He is given command of an "omega company" which is where the worst of the worst of the worst end up- screw-ups who have burned their bridges everywhere else. He quickly makes this omega company the best the legion can offer and becomes the most sought after commander in the legion.

Rather than being a regular military force, the Space legion is more like a private security contractor. They are characterized as perpetually strapped for cash and kind of a laughingstock until Phule and his Omega Mob.

The series consists of

The second item is a little more personal. Back when I was married, in both the good old days adn the bad old days, Sam and I lived, ate and breathed Stargate SG-1. We watched it, season by season, and then about three seasons of Atlantis, and then what of Universe there was.

At some point in there, we picked up this: 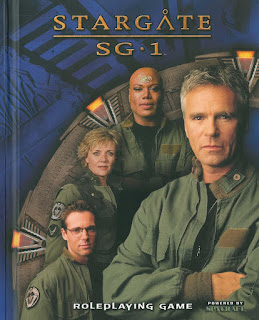 What we created was another branch of the Stargate command, under General Branch, which used organic ships instead of the gate system. Together, we populated a couple of galaxies, but my two favorite characters to play were Charles Emory Landscomb, reformed eco-terrorist and certified genius-"Chalky" to his friends 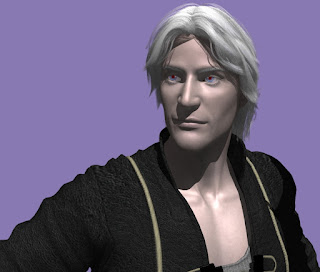 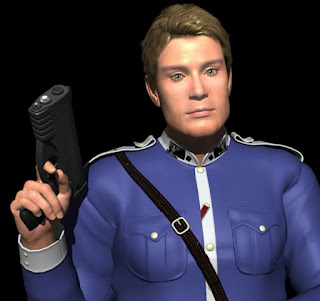 Sadly, when Sam and I divorced, one of the things that got lost was that world-building. I still miss it sometimes, and I miss the friends I made there. I miss those adventures.

From my fellow leaguers:
Posted by Mr Smith at 1:19 PM