A World-Colliding Prompt from The Toy Box and 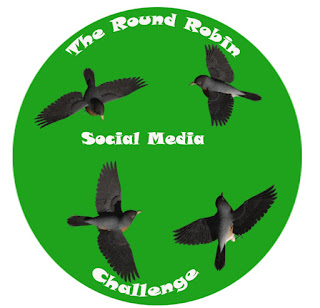 And I thought... Who would make good foils for a buddy-crossover?
Who would you never expect to see together?

Batman...He's worked with Extraterrestrials before, but never one who is more than meets they eye... 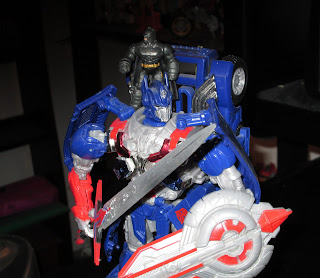 This was released with THREE VARIANT COVERS! 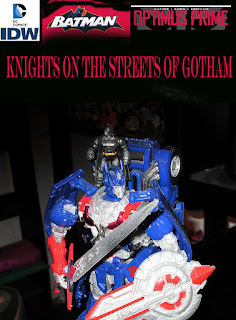 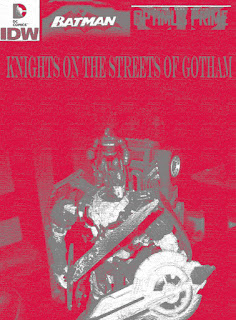 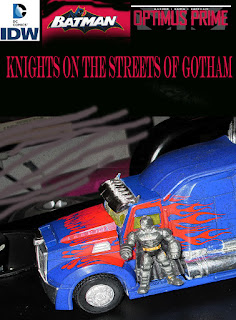 Please note that my mocked up covers are in no way meant to infringe on DC, IDW, Hasbro or WB, unless they like the idea. then I am a genius

Putting Out Birds With Gasoline

Been interesting week here- I live in a basement apartment, which is great most time for insulation of all types.

This week, however, My landlord hired guys to trim the trees, and they accidentally spilled gasoline into the well of my bedroom window. I guess they had their gasoline can(for refilling gas powered rakes, shovels and implements of destruction) on the edge of my windows well. They tipped it over dragging cut limbs past it. I found out about this when I walked into my room and the stench of gasoline.

The birds were a little upset but not in serious distress- I went up and let them know about it. They cleaned up as best they could, and I dumped some clay litter down the well to absorb what was left. then I moved my birds into Sams room so mine could air.

Then when Sam got home, she insisted I move in there for a couple of days too. She's been out on the couch. And my back is shot. My bed isn't great, Sams is, but it turns out that if you are used to sleeping on a crappy bed... sleeping on a new one may actually kill you. Or make you feel like you want to be dead. Or at least have that one muscle that handles your lower back on the right side cut out and replaced with a hand crank and titanium cables.

So hopefully, me and the birds will be getting back to normal tonight. Except for Wallace. That's the second part of this.

Wallace doesn't get a lot of play here, on the Blog. He's an elderly Red-Rumped Parakeet, likes his peace, likes to be left alone. The second night in Sams room, he had an incident- a panic attack, a mini-stroke, something-leading to a seizure. He's doing better, but doesn't have great balance. we are just trying to make sure he is as safe and comfortable as possible. A trip out to our vet would likely kill him. He is also in the  upper range of his species lifespan, over 20 years. I don't think this was because of the gasoline fumes, I think it was the stress of being in an unfamiliar room, added to the fact that he's just fragile.


So Wallace will be next to my desk out here for the foreseeable. I will make sure to bring Tango out for sort visits, because he and Tango are friends(as much as a fragile, elderly bird can be friends with a young maniac-full-of-energy-bird). When I brought Tango out yesterday to see him, they were calling to each other, and it's the first sound Wallace has made since the initial incident.

Side note- I discovered yesterday that Sams Cockatoo, Sid, has a morning activity I don't love. First thing in the morning, as some sort of symbolic protest, he painstakingly kicks every atom of food out of his bowl at whosoever be'eth in range. Me, Cappy, whoever. With nigh supernatural accuracy and range. Back to more fun and toy pix soon.

in the meantime, the inspiration for today's title was provided by the late David Bowie

Round Robin Challenge: Your Mission,Should You Choose To Accept It

A Fun-Filled culinary challenge from Toy Break and

This May be considered kind of a companion post to the one from The Toy Box(link in links section below) He reviewed wine so it's time for me to cut review the cheese.

Marvel Avengers Hero Twists are as stated on the package, "A GOOD SOURCE OF CALCIUM & PROTEIN" they are low-moisture, part-skim and for some reason(despite only being Mozzarella string cheese)have an added yellow color to appear as if they are a mix of cheddar and mozzarella. The flavor and Texture are good, what I look for in a mozzarella. This is a product made by Schreiber foods of Wisconsin. The memory of some Mozzarella I got years and years ago in the bay area around Monterrey is the gold-standard that I judge all mozzarella against, and this cheese is not a disgrace, although it doesn't have quite the depth of flavor of that long-ago cheese. the package is 10 ounces, 12 sticks. All in all a very acceptable snack. BUT... 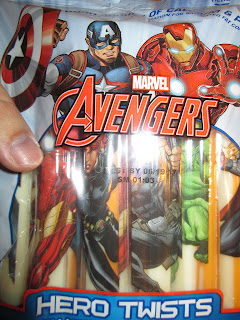 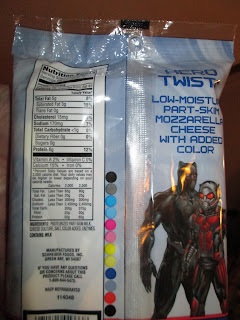 We don't buy a licensed product for the taste, we buy it for the connection to our icon and our nostalgia. So to individually review each of the Avenger cheeses, I have to take them character by character. We buy this for the play, if we are adults, to remember our childhoods, For the licensing side, these were interesting. The artwork was a hybrid of movie and comic versions of the characters.  Presentation was good, representation also good. The heavy emphasis on Cap and Iron Man, plus the addition of the Black Panther places these in line with Civil War marketing 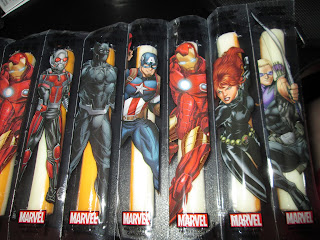 And links from my fellow Bloggers
Posted by Mr Smith at 8:47 AM 4 comments:

Round Robin Challenge: Behind the Music

A Coast to Coast Dedication from

I'm Cliffy Crankcasem, and this is the story behind our number six song this week, 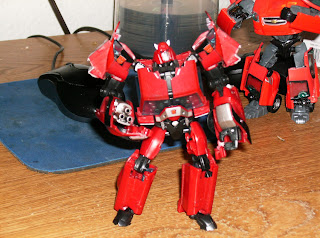 A Few Months before this song was written, the A little Bar in northern Wyoming was the starting point of a massive manhunt for the worst serial killer in Wyoming history. O'Malleys bar was the scene where Julie,the killer, would meet with Keith, the philandering man she was obsessed with.

He would grow bored with their relationship, and search the newspaper ads in the personals, looking to meet someone new. They would arrange to meet, and his girlfriend would waylay his new interest, and meet him instead. She would use the psychopath's ability to cunningly show the behaviors and interests he expected to see. Later, after the date, she would drive the other woman up US14 to Bighorn National Forest. There, she would dismember  the body and bury the remains.

It was a rainy night in late July when a woman named Dierdre Bowens  was almost Julie's 29th victim. Evading the shovel swung at her, she staggered into O'Malleys bar with Julie hot on her heels, and full into the view of Keith and everyone else gathered within.

Julie was fully prepared for another impersonation and another new romance with Keith, but not Prepared for the desperate run to the Bighorn forest. She was never caught, because her car went off the road but they never found the body.

So here with a murder mystery turned into a pop song, is Julie's story. Because the girl she was set to impersonate, Dierdre...liked Pina Coladas and walks in the rain...

And now with the top songs this week...

I Can BS With the Best of Them

I am Happy to report that I finished my Degree this morning after starting it way back in mid-February 2017, I went back to school at Thunderwood College, and I did this for you. In this age of Alternative Facts, you need a man you can trust to know what is right, what is wrong, and what is just plain made up. I happen to be that man, because I made a lot of it up myself. 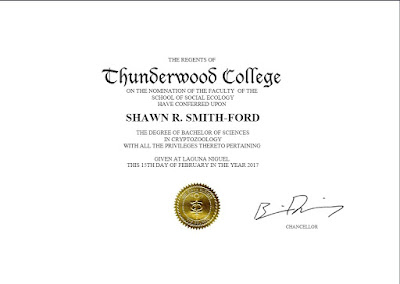 Round Robin Challenge: Behind the Music

Pick a song that you like, love, or one that just plain bugs you, and give it a bizarre backstory- Mine will be up in a couple of days.
Posted by Mr Smith at 6:19 AM 4 comments:

An award-winning challenge from Alexis' Universe and

And the Nominees are...

The Harry Potter Saga suffers from some cuts and casting choices that in my opinion make it fall short. It's an excellent adaptation of the books, but there is too much material there to capture in a cinema form movie- I almost feel like they would be better served to have done it as a 7 year series on TV or netflix. It's about 85% perfect. 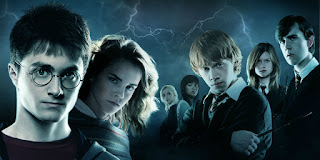 The Marvel Cinematic Universe is a staggering achievement, and remains faithful to the characters and origins, while updating them to be relevant today. As with Harry Potter, there are some cuts and casting decisions that make this fall short of being the best. Call it 88% perfect, which leaves it just 12% off. 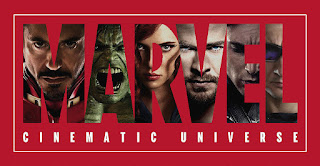 The Transformers Live Action Franchise. Decisions good and bad were made on this, I'm not a Bay-ter(Bay-hater) by any means, but there are legitimate complaints to be made about mis-characterized and weirdly amalgamated autobots and decepticons that cause this to fall short.There seems also to be little cohesion or big plan to the story arc, just a sense of lets do this movie and figure out how to fit it to the other movies after most of it is made. As much as I love to watch the films, I have to rule this at 55% as an adaptation.

The Lord of the Rings, including three parts of the Hobbit. Make no mistake- this is a masterpiece- born out of Peter Jacksons long time love for the saga, the casting decisions and choices are near perfect. there are cuts, missing characters, added characters, and even additions to the story that seem odd, but the overall effect gives this a solid 90% perfect for me. Unfortunately...when it comes to this challenge, that SHALL NOT PASS! Fly, you fools! 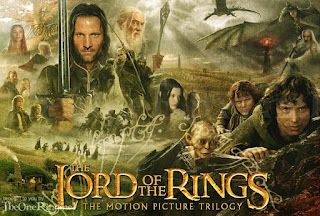 For me, the winner has to go to Watchmen, for two important reasons. The main reason is because the visual style that director Zack Snyder brings to the table not only perfectly replicates scenes from the book, while keeping the flavor of a world on the edge of madness- a world where fear of masked vigilantes and the looming threat of Doctor Manhattan has kept Richard Nixon in office long past his second term. The second reason is due to my snark reflex: Alan Moore hates it, and would never see it. nuff said. 95% perfect. 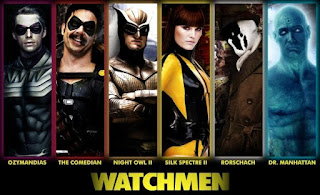