I love my Media- TV, Movies, Books, you name it. Like a Don Juan of the Airwaves, I fall in love, I court, and sometimes the love lasts...and sometimes I fall out of love. Sometimes things pass before their time, and sometimes they trip while jumping the shark and get eaten. Allow me to be kind of a dick(ens). This Night you shall be visited by Three Spirits...

Ghosts of Media Past
Gone long before their time:
Still here, but kind of dead to me
...Why is it still on the air???

Ghosts of Media Yet to Come
Who knows what the future holds?

Here is the Nielsen roster from the rest of the league

I read a post by my friend at Pax Cybertron that got me thinking about third party transforming toys, and I thought I would lay out some definitions, and some thoughts of my own

Why are third party toys "Third Party"? Well, they are third party because Transformers as a registered trademark are made by two Companies, in partnership: Takara/Tomy in Japan, and Hasbro in the good old USA. Anything else is a Transforming Toy, but not a "Transformer". Third Party companies make toys based upon their own designs, or sometimes based upon original Transformer Designs with some alterations, but usually make characters based upon the fictional universe (cartoons, comics, books, movies) of Hasbro and Takaras creation.

Why do Third Party Companies make toys based on Has/Tak characters? On this I can merely Speculate. There seems to be a lot of thinking that it's a cynical attempt to steal the thunder and the money from Has/Tak, and yes I'm sure profit is a motivation for these 3P companies, but I can't buy that it's the whole thing. I can't believe that because you have Knock-Offs, and then you have Original Designs

Gee Mr Wizard, what is the difference? A knock-off uses an existing figure and recreates it in the same or different colors, or slightly alters it, usually to make it simpler or cheaper. Examples would be KO Masterpieces, and Igears Faith Leader(in essence a scaled down copy of MP01). I'm also including the Art Feather Bumblebee in this because he uses the exact same engineering/internal frame as Classics Bumblebee.
An Original Design (my definition) is an homage to an existing character with completely unique and sometimes highly innovative engineering- good examples of this would be ToyWorlds Orion or their Trace, or Igears Weapons and Medical Specialists.

So Why do I differentiate one from the other??? In my Considered opinion, companies that design a new Transforming figure from the ground up, to represent a character from Transformers Fiction, do so as a labor of love, to create a character they want to have in their hands. I believe they are fans too, trying to create what they love and Has/Tak either hasn't gotten to or dropped the ball on- for further on this, my post on PP05W. he just makes classics Ironhide look sad and tired, and not ready to bust decepti-chops.

And all this is leading up to...? Why do I collect what I collect? I love Transformers. I love that fictional universe. I have an autobot emblem on my Honda, and occasionally torment my mechanic by asking him when he is getting the T-cog in for it. I love the characters, and when I collect, I want the best representation of what that character is to me. Sometimes that best figure comes from a third party company. Sometimes I even think that a third party company making something makes Has/Tak want to make it better, such as in the Curious Case of Warbot Springer. Maybe I am ascribing my emotions to the parties at play here, Has/Tak, and 3p companies alike


But I don't think so. I think the brand is a labor of love for all who create, and all who collect


for more on my Feelings about Transformers
Posted by Mr Smith at 11:21 AM No comments:

The Applewood Wal-Mart store I was at a couple of days ago appears to have a Firefly fan in their electronics department, or that would be my interpretation of THIS:


While I was down in the area, I visited the famous Shrine of the McDonna, lit as it was by late afternoon sunlight. 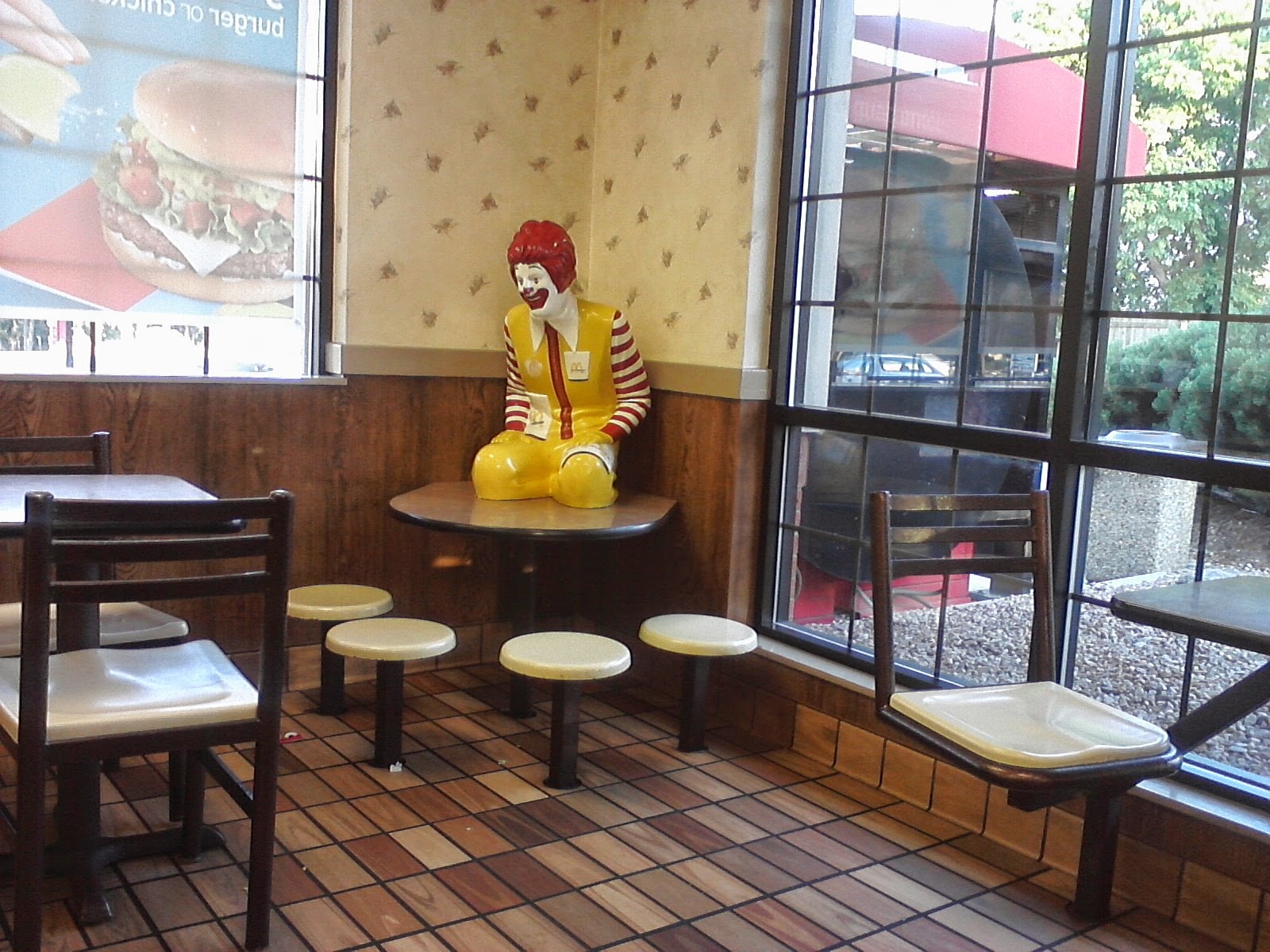 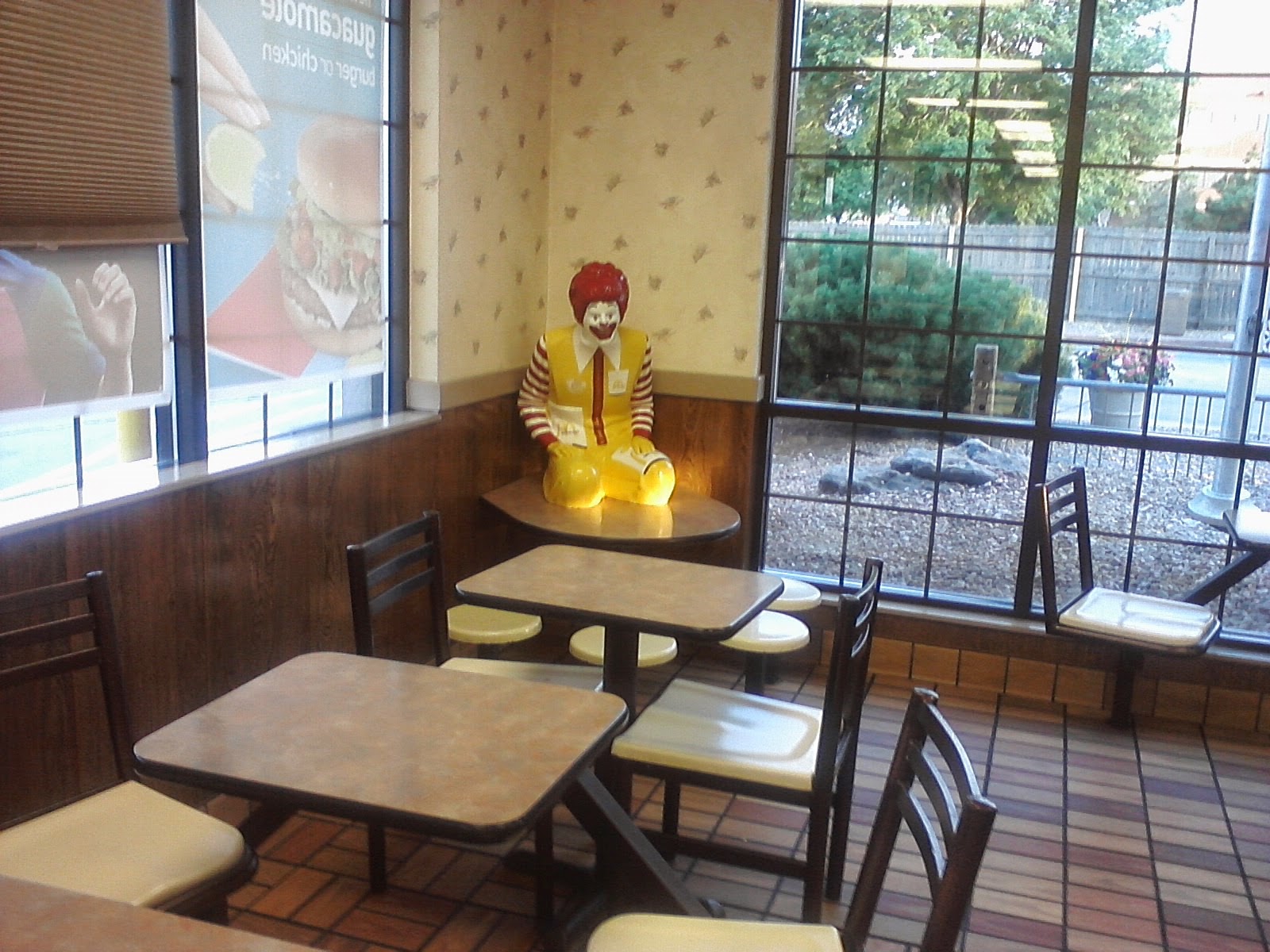 Legend Foretells that if you place a perfect French Fry, of ideal size, shape, and goldenness at the shrine, you will receive your hearts desire within a year
Posted by Mr Smith at 5:58 PM No comments:

Take a young man, recruited by a ancient secret organization, for the primary pupose of destroying his father, and what do you get? and possibly others I have not thought of yet

Yep, going to elaborate on that point. The Jedi are in a long term process of breeding force sensitivity out of species by finding young sensitives and making them part of a celibate order. It's not their stated goal, but it is the eventual conclusion, in this authors opinion. The Fraternity has been perverted by one man, who has started choosing the targets instead of following the neccessity of fate...sort of like if the Jedi Order had made Palpatine the head of the council

In both works, you get a kind of clean slate ending. The Jedi and The Fraternity are each down to one man, to abandon or to rebuild


So would you rather curve a bullet, or have a lightsaber?

for Prior movie siblings, check here

I saw Transformers: Age of Extinction today, and I loved it. it had a great storyline, believable characters (with the possible exception of the white house chief of staff) and good development. It gives hints of where the next movie will go ( I suspect Quintessons as the Autobots secret "makers" {Spoilers}) and it shows that even a good 'Bot can get driven down by tragedy and betrayal.


As a Transformers fan for most of my life, it is my secret shame...well, now my public shame, since I am publishing it, that TF4 was not my favorite movie I saw this weekend

That has to go to "Now You See Me"
In the film, a main character cautions us that the closer we look, the less we see. Another of the main characters asks the audience at their second show if the show is a collection of little tricks, or is the whole show one big trick...
I tried to think back on my favorite parts of the movie and realized that it was all favorite parts. I was left feeling like I had just watched something akin to a cross between "The Illusionist", "The Usual Suspects" and a superhero Origin Story
For the record, all Films referenced in this blog post are highly recommended by me, with the addition of one other, now I think of it- "The Prestige"
In Somewhat related news, I am re-reading all 15 novels of "the Dresden Files" plus "Side Jobs" after finishing "Skin Game"-also highly recommended- Film Noir detective with a magical bent
Posted by Mr Smith at 3:03 PM No comments:

And I like holiday appropriate movies. Here are a few examples from my own collection, that I consider to be thematically aligned with the 4th of July

I can't put Captain America: The Winter Soldier on here yet because they are releasing it not the week of July 4th but in September(?)

To be on this list, for me, the movies have to have lots of action, and make me feel good about being American, and these all fit that bill

I'd love to hear any of yours that fit for you
Posted by Mr Smith at 4:37 PM 1 comment: