Back to Highbrow Entertainment

About Highbrow, the TFWiki says this


To put it in terms even your obviously limited intellect can easily understand: "Highbrow is smarter than you are". No, no, don't allow your comparably plebeian cerebral encumbrance to strain itself beyond endurance in a futile attempt to grasp the intrinsic universal magnitude of Highbrow's innate mental acuity, for it will bear no arboreal reproductive spheres. The ultrascopic trans-infinite sublimity of his diurnal ponderances transcend the circumference of most sentient species' entire thought-spheres, if he does vocalize the notion personally (and you can be certain he will).
The greatest tragedy of his existence is to be clearly so far beyond all those around him, entrapped as they are by their own primitive psyches and abysmal ignorance in a barbaric escalation of pugnacious defenestration and rebuttal. That a paradigmatic mind such as his own should be bound or beholden to a lesser being, especially a rude, primitive swain such as the Nebulan biped Gort is a supreme and vexing irony. 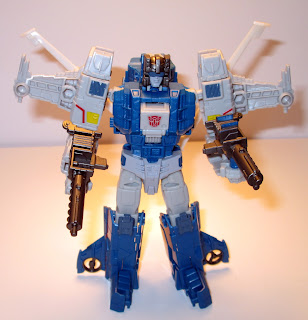 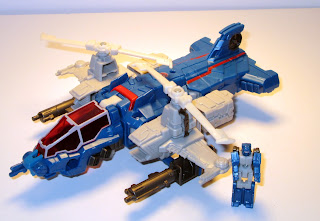 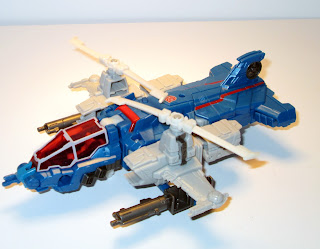 Of Chromedome, TFWiki chimes in with this


In most universal streams, Chromedome is a comparatively quiet academic. Originally a number-cruncher at Cybertron's Institute for Higher Programming working on ways to improve the processing power of the Transformers' computerized minds, Chromedome found himself forcibly dragged into the Great War when a Decepticon attack destroyed the facility. Chromedome put his work to use programming Autobots so they could outsmart their Decepticon foes, but alas, only wound up fostering an intellectual arms race of sorts, in which both sides competed to repurpose the newest advances in programming into military advantages. Ground down over the years by this inevitability, Chromedome has come to accept that war with the Decepticons cannot be prevented—but only won.
In some universes, Chromedome is binary bonded to the egotistical Nebulan Stylor, who is more concerned with the finer things in life than intellectual or military pursuits. As such, the two occasionally clash, with Chromedome trying to get Stylor to be a little less superficial, and Stylor trying to bring out Chromedome's more social side, but generally speaking, they get along quite well despite their differences.
As a quiet 'bot of the mind, Chromedome has a tendency to fade into the background, but there also exist universal streams in which he has foregone science and taken to the front lines of battle to become a much more prominent figure. The Chromedome of these worlds is barely recognisable as the reserved scientist of those more well-known realities: instead, he is a hot-headed youth burning with an incredible passion for justice who even serves as Fortress Maximus's trusted, if impulsive and occasionally-irrational, second-in-command. 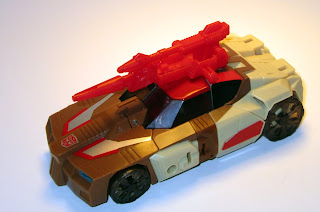 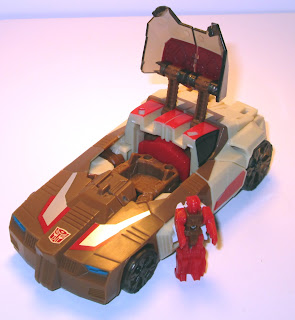 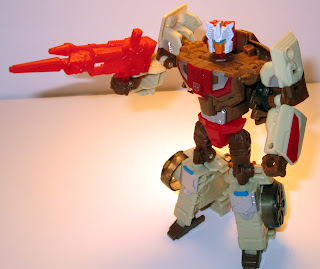 Mindwipes Protoforms were murdered in an alley by Autobots(a cowardly, superstitious lot...) so he knew his Alt-mode must be able to inspire terror in them...

Wait, that's not it at all.
About him the TFWiki says this:


No one knows the dead quite as well as the Decepticon hypnotist, Mindwipe. A mysterious and mystical one, Mindwipe claims to have the powers to commune with Transformers who have long since left this plane of existence. From Black Sabbaths to seances to super-conductive antennae, Mindwipe knows of many methods to reach those who now rest in peace.
Well... not really. He desperately wants to speak with the departed sparks of dead Decepticons, but all his labors to create antennae and receivers for the departed have had... "limited" success. In reality, all he's picking up are radio broadcasts of old Earth sitcoms, which he's actually become quite fond of. Still, some day, Mindwipe hopes to finally bridge the gap between the realm of the living and the realm of the dead.
Despite those shortcomings, Mindwipe is a formidable opponent, able to hypnotize and control both organic and mechanical lifeforms just by making eye contact, and boasting an eerie and precognitive "sixth sense". But sometimes he forgets this and, when the odds look stacked against him, Mindwipe's more than happy to turn tail and get while the getting's good. His loyalty lasts exactly as long as his bravery.
He is binary bonded to the Nebulan Vorath, a scientist. Yes, a scientist. They disagree on pretty much everything. 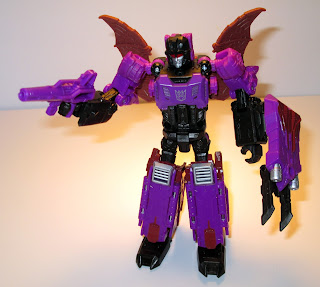 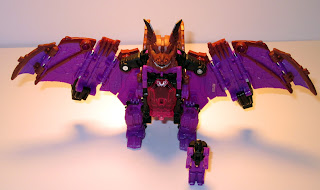 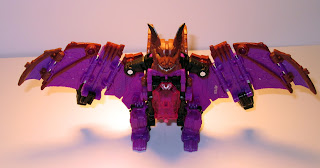