For my Foray into the Pop Culture League this week,
I am listing my top 10 most influential toy lines!
Just imagine this countdown in the voice of G1 Cliffjumper and you will do fine

GI Joe 12" line- This line is only peripherally influential to me, because while it affects so many other lines, I only had a couple of Joes growing up(Eagle Eye with Kung Fu Grip) and only a few accessories. This line is what took the principal behind the Barbie Doll(1959) and turned it into the Action Soldier(1964). Lets call them number ten for historical importance

GI Joe 3.75- This line I only had a few of- Snake Eyes and maybe a couple of others. What it did, however was influence the storytelling- It, along with Transformers gave us episodic tales to fit our toys into every afternoon after school. I watched these Joes battle Cobra with my nephews, but their Nigh absence in my Collection puts them solidly at the nine spot 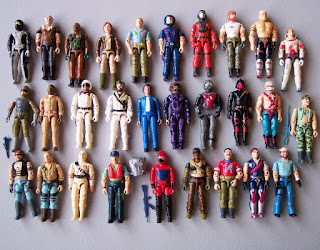 Hot Wheels-Little Die-Cast cars of every color and design, I and friends from down the street would set up tracks or construct roads in the yard...often at the expense of patches of my father's grass. He was a little unhappy when he discovered the hidden city over on the shady side of the house under the gas meter. Fast cars do not a great story make in my mind, so despite their forays into the Star Wars and Marvel characters they rank number eight.

LEGO- A powerful construction tool, LEGO made me want to build, but only at the end of my time with it were the first clumsy Mini-figures so I didn't find the tools my mind wanted to tell the stories I wanted to imagine. If I had only known that the future held LEGO BatMan...They might have rolled in higher than number seven

Stikfas-Customizable figures to construct off of a SPRU- I loved these but they Ironically became harder to get and disappeared after the licensing deal with Hasbro. Their scarcity sets them at six 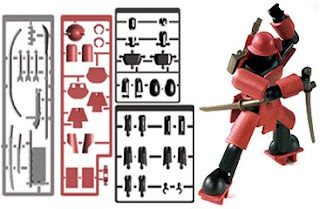 Mego Worlds Greatest Superheroes! Eight inch action figures with plastic accessories and boots, and vinyl gloves, Mego had licensed characters from DC and Marvel. there were some vehicles available too, These were my favorites in elementary school, and that puts them at number five with the hammer MJolnir. 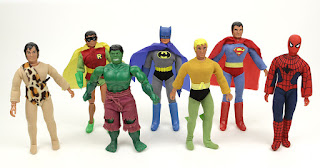 Hasbro Star Wars Vintage/Black- Hasbro did a lot of things right, wrong and in between with their Star Wars line, from the first stylized overly buff Luke and Monkey-faced Leia but the Vintage line and black series in 3.75 scale is the best of the best. They are the only Star Wars figures I still collect, and that makes them number four 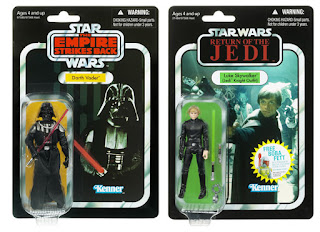 Marvel Universe/Legends 3.75 Et Al-These are the spiritual successors to me of those old Mego toys and they have gone so much further, with obscure and incredible characters from all corners of the Marvel universe. I choose the representations of the characters I like the best. I still collect these, and I call them number three on the list. 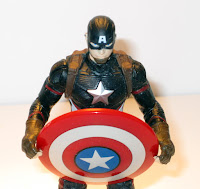 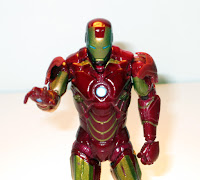 Kenner Star Wars- These have to be Number two, because they set the industry standard for scale(3.75") that affected so many lines to follow. So many characters, so many vehicles, so much to fuel the imagination. Even with their five point articulation they have a certain charm

Transformers- with a 30+ year history and so many stories to tell from live action movies to Animated series to Comics and novels, is should come as no surprise that this is my number one most influential toy line 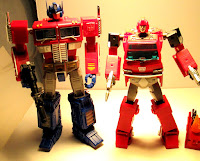 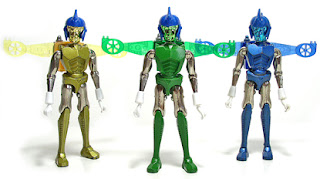