I'm not going to go into this with some kind of nolanesque or shyamalanian twist- my Father is alive, just not well at the moment. He took a bad fall, broke four ribs, punctured his lung slightly. He is in a daunting amount of pain, and in ICU.

For that reason foremost, I want things around me that remind me of him, to keep him close to me when I am not able to be at the hospital.

Funny thing- Tango knows hospital. I told him we were going to the hospital, and his expression got really dark. "you are going to be going for days again" kind of dark, so I hastened to reassure him.

My dad is 90(or will be in a month) and diabetic, has had and gone into remission from lung cancer. But I only remember him sick twice. My High school graduation(he had a bleeding ulcer that had to be operated on) and now. Don't get me wrong- he is not unbreakable- just strong and tough. Steady. Took care of his family- Still does.

I went over to the parents house on Sunday, and knew something was awry- the car was covered, meaning no church for them, and lights were on that aren't usually left on. no one knew anything until my mom called me in the afternoon.

It shakes you, to have a pillar knocked over, and see this strong man in a hospital bed.


So I have Hailstorm, that he picked out for me for Christmas a few years back. The year he wanted all of his boys to have toys to play with. 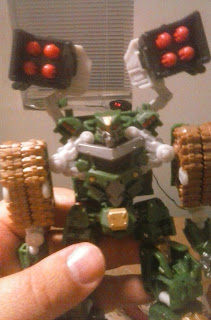 I have Hubcap, that I bought him his own of. 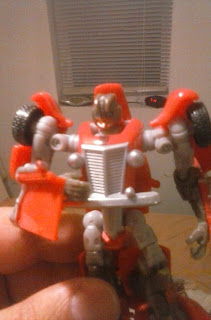 And I am reading my favorite book of the ones he loaned me, that I later bought my own copy of. 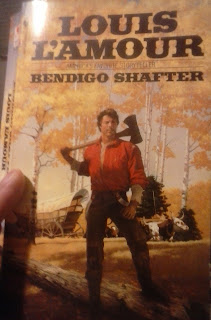 And I am doing my job, and taking care of my family, like he taught. My fathers 90th birthday is next month- there is said to be barbecue and cake in the offing. More on that next month.

Update- I started this on Tuesday, and since then my father was moved from ICU to a regular room, and then to a rehab center for physical therapy and evaluation. He tends to heal pretty fast. Now he is mostly bored and disgusted at having to call the nurses when he wants to get up. Also, apparently telling his Nurse that you think a "Floor patient" is what happens when a patient falls out of bed is grounds for being told I tell "Dad jokes"
Posted by Mr Smith at 7:02 PM